Gradually his muscles loosened up in the hot water. Maybe he had overdone it with the foam, but the scented wisps of vapour rising from the bathtub did play their own part in relaxing him. He closed his eyes as the music in his ears nearly sent him to sleep.

A cool gust of air stirred him from his slumber. In the open door stood the maid who he had met in the hallway previously. She stared at him for a moment until she had gathered herself. Stuttering, she exclaimed: “Oh, sorry. I had knocked but didn’t get a reply …”

“No problem,” he answered and smiled to break the tension. “I should have put up the ‘do not disturb’ sign.” Relieved she responded: “Shall I make up your room now or come back later?” “Please do it, since you are already here,” he decided. “It won’t take long,” she informed him and closed the door behind her.

With a sigh he sank deeper into the bathtub.

At their first encounter he had already thought how cute she was in her neat uniform. He had been on the way back from the gym, sweaty and hardly prepared to flirt with her. They had looked at each other and greeted before passing closely by in the narrow corridor.

A few minutes went by with such thoughts until there was a knock at the bathroom door. The maid peeked in to ask: “Excuse me, but would you like to have your towels changed too?” “Yes, that would be nice,” he replied. She entered the room with a bundle of pristine white towels over her arm which she placed next to the basin.

Her gaze locked onto him, she took the bath towel from the top and unfolded it. Holding it up extended she asked: “Would you like to use it right away?” He looked back at her and answered: “I would, thank you!” His half erect penis swayed between his muscular legs as he stepped out of the bath. She put the soft cotton fabric around his shoulders and began rubbing him dry.

After a short while she let the towel drop to the floor.

Her supple hands ran over his still moist and warm body. She felt his muscles flexing as her fingers touched his chest. Gently she rubbed his small, firm nipples before taking them between her pursed lips one after the other. His rib cage rose and fell with deep breaths.

Without taking her hands off him, she stepped behind his back. Humming approvingly, she grabbed his tight ass and planted small kisses down his spine. He sensed her dropping to her knees behind him until her lips spread their affections directly over his buttocks.

He was fully erect now. His hard dick grazed her nose as he turned around. She kissed his testicles and shaft as she slowly rise up again. Then she took him in her hand to lead him over into the bedroom. He climbed onto the freshly made bed and signalled her to follow. “One moment please,” she stopped him.

Deliberately she opened every button on her white blouse while looking at him. Underneath she revealed an equally white lace brassiere. She freed the blouse from her black skirt and hung it over the chair next to the bed. Then she pulled down the zipper on the side of the skirt and stepped out of it. Carefully she laid it down before placing her shoes at the side of the bed.

Mesmerised he watched her undoing the bra, baring her small but soft breasts. The lace fabric fell to the floor as she slid off her matching white panties. Her mons and labia were shaved smoothly, displaying just a small slit between her legs. She came closer to the bed and crawled inside to him.

With her thighs spread she sat down astride his erect cock. He felt the moistness that seeped from her now open lips. His hands grasped her thighs as she braced against his chest with her left hand while her right guided his glans into the opening to her pussy. Eyes closed and mouth open, she lowered herself slowly but steadily onto the full length of his phallus.

Then she fucked him.

Her vagina’s contractions sent ecstatic waves through every fibre of his body while she rode him fervently. She had placed her hands on his ribbed abdomen and drove him deep inside herself again and again with fast and intense thrusts of her pelvis. He began panting and gripped her even more passionately.

She leaned forward, her hands on his broad shoulders. He reached around her hips and grabbed her small bum that continued bouncing up and down in its lusty rhythm. She stared down into his glowing eyes and began grinding her loins in circles on his steely rod. Moaning intently, his entire body tensed in the salacious grip that had taken hold of him.

In a fluid motion he rose up, put an arm around her waist and rolled her around until she lay on her back underneath him. His cock remained in her slot up to its tip. Now he rammed it back inside to its full length. She dug her fingers into the taut duvet and let out an ardent whimper.

He fucked her with the full force of his athletic loins.

She held her angled legs in the air, splayed as far as she could to grant him the furthest entry. Her eyes were closed as she had surrendered to her body’s innermost sensations. She came with a tremor that spread from the tips of her toes through her trembling legs up her spine and into her neck. Her head bent backwards into the soft pillow while the booming orgasm reverberated among her senses.

His semen shot into her twitching vagina. Each of his orgiastic thrusts filled her up further until he pulled his still glowing pipe from her inside, the remaining droplets soaking into the previously pristine bed. Sighing deeply he fell onto his back next to her.

She got up from the bed and got dressed as he observed her, stretched out and exhausted. Finishing off, she flattened her skirt and turned to him: “My shift is over unfortunately, but I hope to welcome you in our house again soon.” With a satisfied grin she walked to the door, hour up the ‘do not disturb’ sign and left his room. 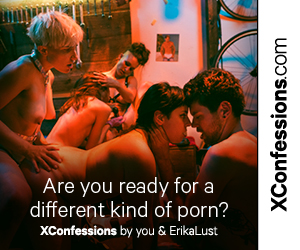